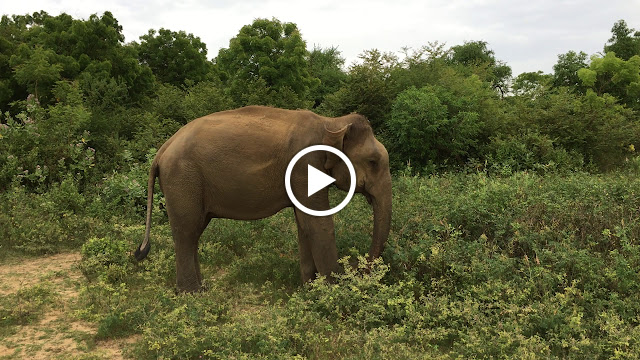 As long as I can remember elephants have been my favorite animal. As a toddler, I had a larger-than-life Eli stuff animal that was 3x larger than I was that accompanied me everywhere that I could drag it along. These majestic beasts mesmerized me as I watched program after program about their habits on the Discovery Channel and National Geographic. I obsessed over the largest land mammal. Growing up I saw countless elephants in zoos in faux habitats meant to mimic their natural homelands. I always thought they looked so sad. Through traveling I have encountered elephants at rescue camps in Thailand, Hindu temples in India, and a government work camp in Nepal. My frustration with the treatment of these captive animals, who have been physically broken in order to be tamed, continued to grow and I became more and more eager to see an elephant in the wild. Here is the story of the day my elephant-sized dreams came true.

While planning my trip to Sri Lanka I did extensive research on all of the national parks in Sri Lanka (there are 14!). I spent hours reading reviews and felt confident that these parks were true sanctuaries and that the animals here were left to live in peace, without human interaction. Parks only allow registered jeeps and guides in with limited guests for certain hours of the day. The Jeeps must stay on set paths and no one is allowed to bring in any food. You cannot exit the vehicle or take anything out of the park, not even a stray peacock feather! I wanted to set off to the park where I’d have the highest chance of seeing Sri Lankan elephants, a subspecies of the endangered Asian elephant, in their natural habitat. Udawalawe National Park is home to over 600 wild elephants, making it the best place to see wild elephants in the world. But it’s actually only the sixth largest animal sanctuary in Sri Lanka at 31,000 hectares.

I was invited to stay at the locally owned and operated Sihilro Regency. The guest house is nestled right on the edge of the park away from the hustle and bustle of the city. The park entrance to Udawalawe is only 2 KM from the property making it a little bit less painful to wake up at dawn to go trek elephants. The owner of the bed and breakfast accommodation is a former police sergeant so I can guarantee you there is no safer place to stay in all of Sri Lanka. It is incredibly serene here and the perfect place to stay in the middle of the jungle for an authentic experience. I was treated to a traditional Sri Lankan rice and curry dinner that was absolutely the best meal I’ve had in my entire month exploring the teardrop-shaped island.

Silhilro Regency also has their own government licensed jeep for safari’s into the park and offered to take me in the next morning in search of elephants. I was hopeful that I’d see at least one of these majestic creatures that I had dreamt of encountering my whole life. Throughout the morning, we saw 56 including inpidual grazing male elephants and herds of female elephants with their young. Each time we came across a new pod of elephants my eyes welled up with tears out of sheer joy to be witnessing their beauty.

Udawalawe boasts wide stretches of grasslands and bush forest which makes it a perfect feeding ground for elephants. A morning ride through the park is incredibly beautiful as the sun begins to rise and paint the highlands to the north and reflect in the lake where elephants, water buffalo, spotted deer, and local fisherman all gather to start the morning. The entire park is incredibly lush and overgrown, which is surprising when considering that each of the 600 elephants consumes around 150kg of grass, roots, leaves, shrubs, flowers, and fruits daily. 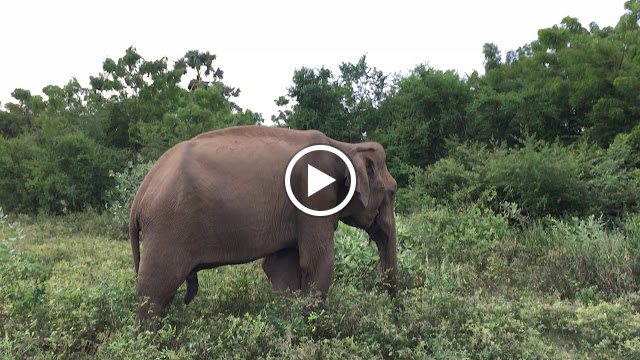 Out of the 56 magnificent elephants I saw 11 that were calves. These tiny creatures were precious as they stayed close to their mothers, breastfed, and got daringly close to our jeep to indulge in sheer curiosity about what we could possibly be. We even got a glimpse of a tiny elephant, about a foot tall, which my guide guessed was probably only a week old! Asian elephants generally are much smaller than their African cousins. An adult Asian elephant usually weighs under 5 tons.

I had already been so lucky to see so many elephants when the nearly impossible happened. A young male with full tusks approached us with his mother and siblings. African elephants can be born with tusks regardless of gender yet for Asian elephants only males are born with tusks. In fact, only 6% of all male Asian elephants have tusks, and most are pursued and murdered by poaching monsters. According to the elephant census conducted in 2011 by the Wildlife Conservation Department of Sri Lanka, only 2% of all surviving Sri Lankan elephants are tuskers. My guide couldn’t believe his eyes and told me he hadn’t seen a tusked elephant in years. It was an incredible moment and I felt very fortunate to witness this beautiful young creature play in the mud and lazily eat grass with his family.

Elephants also the most intelligent land animal, after apes. They can even recognize themselves in a reflection! Perhaps this is why have a matriarchal society? Women are leaders and care for youth while men stray from the herd and spend most of their time in solitude. I learned that in order to identify the gender of an elephant you must look at their back–male elephants have curved backs while females are level.  Sadly, Sri Lankan elephants are an endangered species on the IUCN Threatened Species Red List. It is believed that there are only 4,000 remaining in the wild. Hopefully, the Udawalawe sanctuary can start to curve these numbers, especially considering how many babies I saw in the park.

We saw a few young elephants roaming in the park with trackers around their neck. These young elephants had been rescued by the Udawalawe Elephant Transit Home that is adjacent to the park. The orphanage, which is supported by the Born Free Foundation, has been operating since 1995 and rescues abandoned elephant calves that have been separated from their mothers, or orphaned when they’re elders were murdered due to the ever-present human-elephant conflict in Sri Lanka. ETH cares for the young elephants until they are ready to be released into the wild. They embody a practice of limited human intervention as to not allow the calves to become dependent for food or nurturing. When they are ready to be released ETH places a tracker comfortably around their necks so they can monitor their location, and safety, throughout their lives. 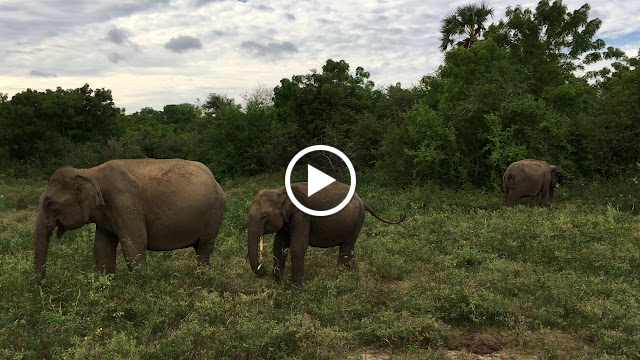 If you are looking to have a responsible encounter with elephants in Sri Lanka please visit the government regulated Udawalawe National Park or Elephant Transit Home. Do not give money to temples that keep domesticated elephants in chains or visit Pinnawala Elephant Orphanage which is in fact just another place that breaks elephants so that they’ll interact with tourist and the furthest thing from an orphanage or sanctuary. Elephants are an important part of the ecotourism industry in Sri Lanka. Wildlife tours, safaris and adjacent accommodation to Udawalawe Park all provide sustainable employment opportunities for locals. In return, this demonstrates to the community the importance of preserving wildlife, even if only for tourist demands.

Thank you, Silhirlo Regency for hosting me and organizing my jeep safari of Udawalawe National Park. All opinions and photos are my own. This post contains affiliate links, please read the Miss Filatelista disclosure policy for more information.